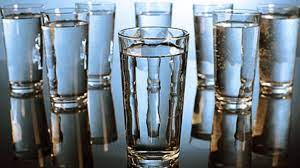 A daughter advised her father who lived in India to drink lots of water in summers. He did as directed efficiently. It leads to water retention and dilation of the heart. No, this was not caused by drinking lots of water but both the things together could have had a severe effect on his health.

Water intoxication is a medical condition. In this condition, the body is overhydrated due to excessive consumption of water. It also depends on the rate of consumption of water. If your body gets too much water in too less time, fluids in your body get diluted. It leads to minerals and electrolyte imbalance. Sodium is one of the important elements, its concentration decreases resulting in hyponatremia. The water in the cells becomes very dilute, due to this osmosis. Osmosis allows water from outside the cells to rush into the cells. The cells may swell up to the point where cell walls are ruptured. There are some other effects as well of water intoxication like swelling of the brain, pressure on the nerves and the spinal cord, and water entering the lungs. Symptoms are fatigue, seizure, mental confusion, slurred speech, and death.

Athletes and babies are more prone to it. When athletes run long marathons or rain for long hours, they sweat heavily, losing a lot of water. Sweat drains water as well as electrolytes. When athletes drink water to restore their balance, they’re in theory depleting whatever minerals remain in their body. To avoid this, they should drink sports drinks that contain important salts and minerals and eat food high in salt in between or after a long run. Babies have low body mass compared to adults. That’s why they need less water. They may suffer from water intoxication if they’re given too many bottles in a day or an extra dilute formula. People who are on a liquid diet or people on certain psychiatric medications, should balance their fluid consumption.

In case of overhydration, you can:

Water intoxication is very rare and needs specific conditions to build up. Yet, it can occur! Generally, you should take 8 to 12 glass of water in a day. Until and unless, you’re in extremely dry weather, exercising, or on specific medication which is affecting the heart and kidneys. Otherwise 8 to 12 glasses are enough to nourish your body.